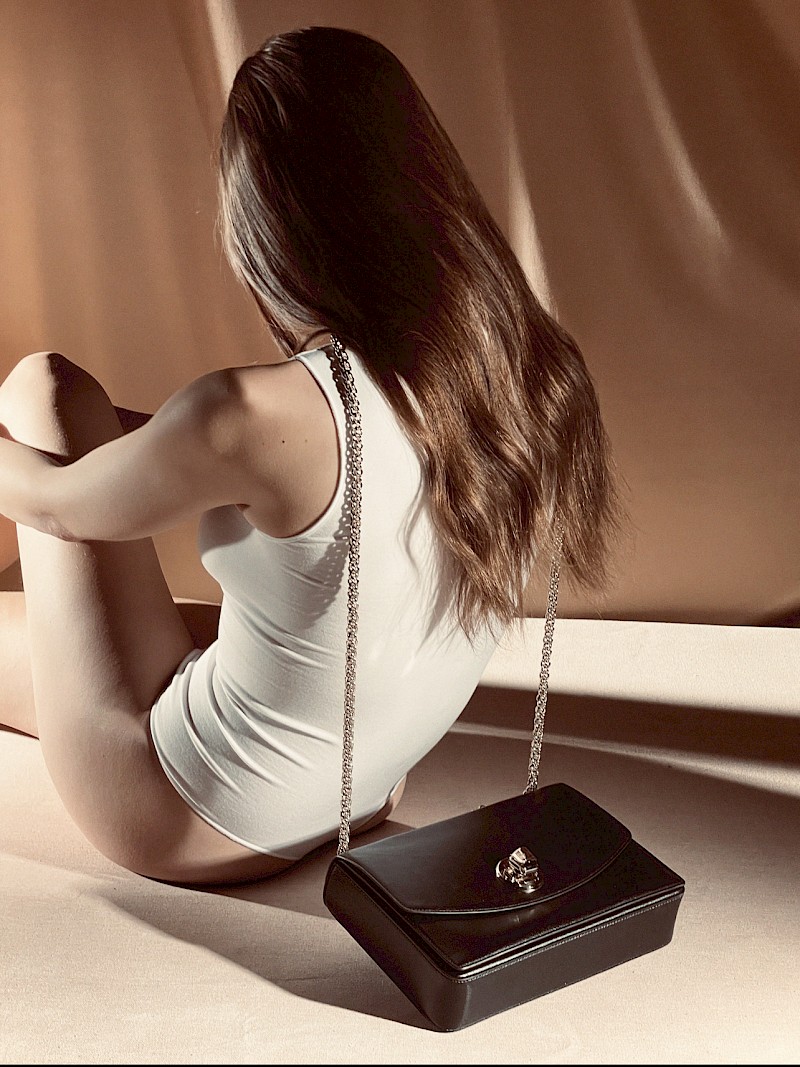 Sitting in my garden, I was enjoying the stunning view over the lake. As if it was meant to be, a bright blue kingfisher dived into the water. Musing on this fascinating bird, I was reminded of the tragic Greek mythology of Alcyone and Ceyx. The story of their miraculous love and Alcyone's elegance and tenacity had touched me deeply. And it was this compelling myth wich inspired me to embark on a journey of my own, one which led to the creation of the Méa Méa brand. The stars and the little kingfisher from this Greek mythology symbolize their enduring love. You will always see this elements in the Méa Méa brand as a reminder of the beauty and love of this story.

Love for the most exceptional materials of the highest quality.

Every Méa Méa bag arises from the love for slow-made, timeless and highly personal items of the best available quality. No concessions are made during the development of a Méa Méa product, only the best is good enough. Whilst the outside of the bags have clean aesthetics, the inside is surprisingly diverse. Méa Méa bags are designed to adapt to the life of the owner, and become an essential item of one’s life. Made from the highest quality materials, every design is full of practical details, such as compartments for large and small essentials, a signature mirror and flaps to cover valuable contents. To honour the many hours of hand work of the highly skilled Italian artists who make our bags, every Méa Méa bag is uniquely numbered and comes with an authenticity card.

Our story is taken from the Greek myth about Alcyone and Ceyx, a maddened young couple who let nothing and no one stop their feelings for each other. Their uninhibited love disturbed the supreme god Zeus, who therefore put them to the test and kindled a storm in which Ceyx's ship sank. Alcyone waited hopefully for the safe return of her beloved, but when his corpse was washed ashore she was inconsolable and threw herself into the sea to follow him to death.

The gods on Olympus were deeply moved by the young couple's unconditional love. Zeus repented of his deed and transformed them into Halcyon birds (kingfisher). From then on, the wind and waves calm down for two weeks in January so that the kingfisher can safely make its nest and lay eggs. These Halcyon days signify a period of peace and calm, a time when new energy begins to flow. Like the tides ebb and flow, which complete the circle of life.